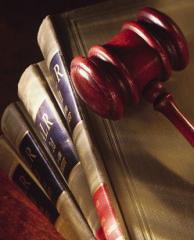 As part of our periodic semi-monthly practice, we are checking in on the reported cases involving social media for this past month of November. Based upon reader feedback, I am going to try and make this a regular monthly feature on this blog.  So a quick tally identifies 76 cases where social media evidence played a key role last month, which is consistent with our overall analysis that the volume of cases has about doubled year over year. Keep in mind that the survey group only involves published cases on Westlaw. With less than one percent of total cases resulting in published opinions, and considering this data set does not take into account internal or compliance investigations or non-filed criminal cases, we can safely assume that there were tens of thousands more legal matters involving social media evidence that were adjudicated, or otherwise resolved last month alone.

The following are brief synopses of five of the more notable social media cases from November 2013:

Specifically, the complaint alleges that the defendant created a bogus account on LinkedIn purportedly for AvePoint representative named Jim Chung, thereby misappropriating the use of plaintiff’s registered trademark.  Emphasizing the confusion caused by the defendant’s actions, the plaintiff noted Jim Chung’s LinkedIn connection list.  The defendant also used Twitter to tweet messages in furtherance of the ruse.  The District Court refused Axceler’s request to dismiss most of the nine counts set out in AvePoint’s complaint, and the case remains pending.

In a consolidated wrongful death action arising out of a fatal commercial airline crash near Buffalo, New York in 2009, the Defendant sought a supplemental production of one of the Plaintiff’s Facebook account, to include any new information and also Plaintiff’s extensive friend list, which was omitted from the previous production. Previously, the Court ordered production of social media account records consisting of more than 2,000 pages, after finding such records relevant to two specific issues in that case—Plaintiff’s domicile and the claimants’ loss of support claims. The Defendant argued that production of Plaintiff’s “friend list”  is relevant to assessing his Disorder, particularly his ability to socialize and communicate with others. The court found the request for production of the friends list to be not relevant to the claims at hand, but did order supplemental production of any new information in the Facebook account created since the prior production.

This employment case involved a scenario commonly referred to as a “Facebook firing.”  Jennifer Shepherd, a child protective services worker at the Oregon Department of Human Services (DHS), went to juvenile court six to eight times per month on behalf of children who she believed where being abused or otherwise were not safe in their homes. However, she posted several inflammatory messages to her Facebook page that disparaged many of the families and individuals whose homes she visited in a generalized manner, to wit: “If you physically abuse your child, someone should physically abuse you…If you don’t like my rules, too bad. I have a Ph.D., and you don’t, so I get to make up my own imaginary rules.”

The posts were seen by Shepherd’s Facebook friends, including a defense attorney and Polk County Circuit Court Judge. A DHS manager forwarded the posts to Ken McGee, an HR manager. McGee thought the posts reflected her own bias, which, in her position, she was supposed to put aside.  Shepherd was placed on leave and then terminated.

Deputy District Attorney Max Wall said Shepherd’s Facebook musings “would also likely require questioning as to her viewpoints on the abuse of children each time plaintiff took the stand in such a case and would likely hamper current and future cases.” Department of Justice Senior Assistant Attorney General Brian Raymer believed that Shepherd was “terminally and irrevocably compromised” and said her Facebook posts would prevent him from ever calling her as a witness. In his opinion, her statements would create trust issues with DHS clients and would reflect adversely on DHS in the relevant local community.

The court determined that the termination was justifiable and legal, noting that “Wall’s and Raymer’s declarations establish actual, material and substantial disruption to their working relationships with plaintiff.” The court concluded, “The government employer does not have to compromise its function by allowing the employee to actually cause disruption or fail to perform his or her job duties in order to establish an impairment in efficient operations.”

Plaintiff alleged discrimination against College of Charleston in violation of the Americans with Disabilities Act of 1990 and the Rehabilitation Act of 1973. Prior to the filing of litigation, but during a time when the court determined litigation was reasonably foreseeable, Plaintiff deleted his Facebook account, resulting in what the court determined to be wrongful spoliation, and accordingly the Defendant College of Charleston moved to dismiss the action. The Court determined, however, that while the Facebook evidence was relevant to the case, it was “not central.” Additionally, the court found that while the Plaintiff, who suffers from cystic fibrosis and depression, intentionally deleted his Facebook account, he did not do so to prejudice his litigation, but to “rid his online profile of a painful time in his life.” Nonetheless, the court determined that a lesser penalty short of dismissal, such as an adverse inference instruction, was appropriate and would be imposed at a later time.

Plaintiff filed claims for civil rights violations arising out of alleged excessive force incident at Cherokee County Detention Center (“CCDC”). Plaintiff sought limited production of Facebook evidence related to the incident from one of the Defendants who apparently shared or transmitted information about the incident through his Facebook account. Separately, the Plaintiff sought full production of essentially Plaintiff’s entire Facebook account. While granting the first limited request, the court denied the broader request, deeming it “to be a thinly veiled attempt to gain permission to embark on a ‘fishing expedition’” into the Defendant’s Facebook account. The judge further reasoned that while “the Court is sensitive to Plaintiff’s concerns regarding compliance with this Order, Plaintiff has presented the Court with no reason to believe Defendant Chronister or his counsel of record, who is an officer of this Court in good standing, will neglect their legal or ethical obligations to faithfully comply with this Court’s orders.”